The University of Michigan voted on 1,600 people, including Americans, British and Australians. The results show that 62% of the people are positively optimistic about the Internet of Vehicles and believe that their development trend will be very good. But the Americans have a lower than average support rate for the Internet of Vehicles, with only 57% support. The Americans are somewhat pessimistic compared to the 67% support rate of the British and the 63% support rate of Australians.

Many people think that the Internet of Vehicles can effectively help people drive cars safely, and at the same time, effectively obtain some driving related information. However, a small number of people still question the security of the Internet of Vehicles system itself. 30% of voters said they were very concerned about the leakage and loss of personal information data. 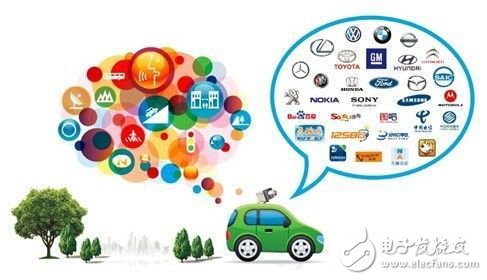 At the same time, investigators at the University of Michigan found that the majority of those who voted were concerned about the performance of the car networking system in driving, especially in bad weather conditions, the driver's increased reliance on the car networking system would make it Distracted during driving. Despite the doubts about system security, more than three-quarters of people believe that the development of the Internet of Vehicles plays an important role. At the same time, nearly 80% believe that this integrated Internet-enabled product has a significant role in some aspects. . Today, with the rapid development of the technology wave, everyone hopes that the Internet of Vehicles can improve the safety of vehicles and the efficiency of driving, while reducing the occurrence of road congestion.

The concept of Internet of Vehicles comes from the Internet of Things (Internet of Things). The traditional definition of vehicle networking refers to the identification of electronic tags loaded on vehicles through wireless radio frequency, etc., to extract and effectively utilize the attribute information and static and dynamic information of all vehicles on the information network platform, and according to different functional requirements. A system that effectively monitors the operational status of all vehicles and provides integrated services. According to the definition of the technical innovation strategic alliance of the Internet of Vehicles industry, the vehicle network is based on the in-vehicle network, the inter-vehicle network and the vehicle-mounted mobile Internet, in accordance with the agreed communication protocol and data interaction standards, in the car-X (X: car, road Large-scale network of wireless communication and information exchange between pedestrians, the Internet, etc., is an integrated network capable of intelligent traffic management, intelligent dynamic information services and intelligent vehicle control. It is the Internet of Things technology in the field of transportation systems. Typical application.

The main concepts used in the Internet of Vehicles are: ITS and RFID

RFID refers to radio frequency identification. It automatically recognizes the target object and acquires relevant data through the RF signal, and the identification work can work in various harsh environments without manual intervention. RFID technology can recognize high-speed moving objects and recognize multiple labels at the same time, which is quick and easy to operate. The basic RFID system consists of a tag, a reader, and an antenna. RFID has functions such as vehicle communication, automatic identification, positioning, and remote monitoring. It has a wide range of applications in mobile vehicle identification and management systems.

Bottleneck in the vehicle network

At present, there are still some bottlenecks in the development of the Internet of Vehicles, which are mainly divided into three aspects:

Compared with the smart grid, security and other fields, the Internet of Vehicles is not the most mature and closest application to the Internet of Things applications, but with its strategic height and huge consumer market, it still won strong attention. The emergence of the Internet of Vehicles has brought industrial upgrading opportunities to the fields of automobile manufacturing, content delivery and mobile communications. On the one hand, it has promoted the automotive industry from pure hardware sales to a new model of service and content bundling; on the other hand, it allows operators and service providers to quickly locate high-end customer groups and provide products and services. In addition, the state's requirement for new energy vehicles to a€?have to have remote monitoring capabilitiesa€? also allows the Internet of Vehicles to span two strategic emerging industries.

With the birth of the concept of car networking, automotive electronics has changed from mechanical and safety to emphasizing system integration capabilities and the synergy between cars and cars, cars and the environment. The Internet of Vehicles addresses the problem of information exchange and sharing between systems, while enabling effective interaction with drivers and passengers. In addition, the car network is connected through the body network, and can also obtain various sensor data in the body, which can be used for alarm or remote diagnosis after processing. However, the vast majority of high-end sensors used for information acquisition, the core technology of the chip is not in the hands of Chinese companies. At the same time, the communication network bandwidth bottleneck has become a technical problem in the Internet of Vehicles. The 3G network bandwidth cannot meet the future transmission requirements for images and streaming media, and the independent network technologies of 4G networks and DSRC (dedicated short-range communication) have not yet completely broken through.

When the collected information is collected in the data center, it needs to be stored, interacted and analyzed. In China, cloud computing and ultra-large data processing have not yet mastered the core technology. Finally, on the basis of comprehensively obtaining accurate information of the system, the intelligent processing for different applications is a worldwide problem, and it requires a lot of work to study the mathematical model of intelligent application.

At present, China has a certain level in chip design and development, but the problem of independent controllable and manageable is still serious. China's Internet domain name system and address, as well as the bar code of the goods, are all using foreign technology systems and coded addresses. The car network cannot be repeated in the vehicle logo.

In fact, the Ministry of Public Security has introduced a special electronic tag with a recognition rate of over 99.9%, which can be installed on the windshield of a car to form a unique identifier for vehicle identity and location information. However, to track vehicle information, a certain density of data collection facilities needs to be deployed in the surveillance area.

In the face of huge market temptations, related companies in the Internet of Vehicles are reluctant to wait for technology and management to break. Telecom operators, automotive electronics and service companies, and even auto trading companies, are moving forward with a simplified version of the car-networking operating model a€“ integrating around the in-vehicle intelligence platform to enable integration of content and applications.

With the advantage of the mobile network channel, the three major operators' way of promoting the car network is basically to connect the car intelligent terminal with the wireless channel to provide real-time traffic conditions, navigation, rescue positioning, vehicle condition detection, 4S shop reservation and other operational services. More based on call center or mobile internet, it does not involve any new technology, it is only equivalent to a new business expansion based on the existing network.

The real Internet of Vehicles should be the integration of multiple information systems. The information between people, vehicles, roads and the environment is interoperable, and the Internet of Things based on Internet of Things technology. The relevant standards have not been introduced, and even the initial stage can not be counted. However, only those models that can be realized under the current technical conditions can be seen immediately. But even this existing model does not guarantee success in business models. The so-called "vehicle networking" products and services that enter the market are all automakers paying for end users, usually one to three years, and whether they will renew their services after expiration is still unknown.